5 Things You Are Going to Do Wrong While Living Abroad

Something went wrong. Please check your entries and try again.
Get it Now 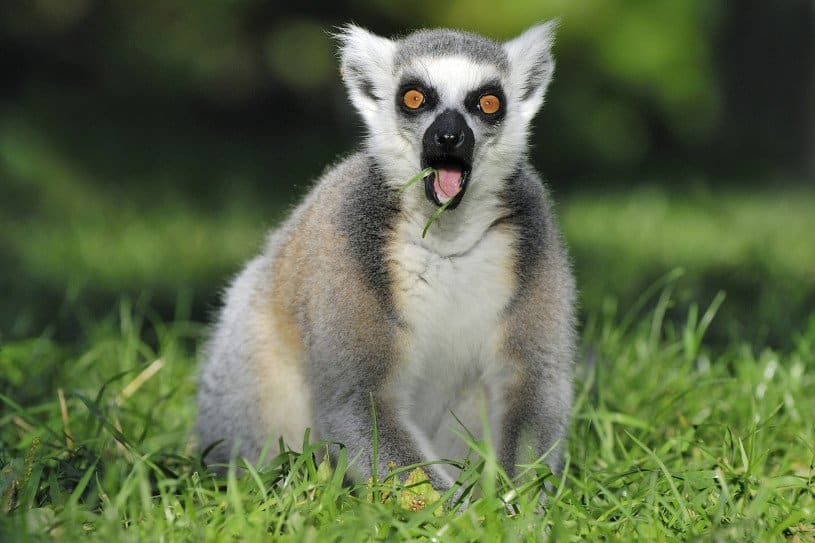 A half hour into the two-hour bus ride there I was in the aisle seat with my daughter pressed between me and the window on my right. Crammed up next to me on the left (actually leaning against my shoulder) was an older gentleman, a complete stranger. Because he was rather short and the bus seat was raised, we were eye to eye and breath to breath. There was no air conditioning, so with all the body heat the temperature was probably even higher inside the bus than outside.

To be honest I was pretty miserable.

Then it got worse.

Welcome to the first in a two-part series on real-life leaders who consistently find themselves smack-dab in the middle of new cultural waters.

These leaders have experience. I mean MEGA experience. And still, they are challenged by the complexities of working and living across cultures. I am sharing their stories because they will help you move forward when you get slammed with culture shock or are weighed down by uncertainty. This momentum will help you get back your sense of enjoyment, succeed across cultures and regain your sense of adventure.

Dr. Kris Acheson is our first contributor to the real-life leader series. Kris has a PhD in Intercultural Communication, was raised as a Third Culture Kid, and is an authoritative scholar in her field. You may find some relief in hearing that she, too, can experience culture shock. She, too, can have moments where her preferred reaction would be nothing culturally appropriate. But, as a testament to her competencies, she can recover quickly from these moments. Below she shares a trying experience she had in China with her teenaged daughter, and thanks to this, effective strategies you can use to snap out of culture shock right when it hits.

The Positive Burden of Leadership

Last summer I was in Guangzhou, China with my daughter and found myself in a situation that forever changed the way I think about the relationship between leadership and intercultural competency.

My daughter and I were coming back from the countryside, where we had spent the weekend hiking and picking local seasonal delicacies like dragon fruit and lychee berries. That morning we had trekked up a waterfall, so we were hot and sweaty from the scorching heat and humidity. We were sitting in our assigned seats, ready for the bus to leave. The scheduled departure time came and went. The bus went nowhere. Instead, more people piled into the bus, filling the seats, the aisles, the gangways, until there was literally no room for one more person, chicken or bag of fruit.

A half hour into the two-hour bus ride there I was in the aisle seat with my daughter pressed between me and the window on my right. Crammed up next to me on the left (actually leaning against my shoulder) was an older gentleman, a complete stranger. Because he was rather short and the bus seat was raised, we were eye to eye and breath to breath. There was no air conditioning, so with all the body heat the temperature was probably even higher inside the bus than outside.

To be honest I was pretty miserable.

Then it got worse.

I wanted to bite my daughter’s head off each time she tried to make conversation. I wanted to say something rude to the strangers pressed up against me. I really really wanted to scream at everyone to just shut up! Everyone on the bus seemed to be talking at the top of their lungs in Chinese. Between the movement, the noise, the lack of space and the heat, I was experiencing some serious overstimulation of my senses. I knew I had to bite my tongue.

Just before I broke down and said what was boiling inside me (thereby making an ass of myself), this thought popped up, “This is your daughter’s first international experience. She is sitting next to you learning how to be in other cultures by your example.”

Normally I am very invested in being a polite person, a caring person. For the most part I follow the rules in whatever place I happen to be and accommodate the expectations of others in my communication style and behaviors. I’m also normally very even-keeled. It takes quite a lot for me to get to that point of discomfort that a lot of people call culture shock. But this was one of those times. In the midst of those overwhelming feelings of culture shock, it was very difficult for me to remember the person that I normally am and how I normally want to treat the people around me.

Except that my daughter was there.

As I sat there about to explode, I started to try to reframe what I was experiencing. I wasn’t motivated by my usual desire for social acceptance or value for consideration of others, because I was way beyond caring about those things. Instead, I was motivated by my own leadership. I felt a very strong responsibility to provide a good example of intercultural competency for my daughter. And so, I began to search for alternate interpretations for my situation.

First, I catalogued my emotions. What was I really upset about, and why? The first thing I noticed was that I was really irritated at all the loud Chinese voices; it sounded to me like so much noise. Trying to think objectively, I questioned whether or not that was reasonable. Feelings aren’t rational, but expectations are. After some pondering I decided that this particular irritation was a natural consequence of having had unreasonable expectations. Realistically, people try to pass the time on a journey by chatting. Reasonably, they speak their native language when doing so. My unconscious expectations that the sounds in my environment would fall within parameters that felt normal to me was making me anxious, frustrated and resentful.

What else was annoying me? Well, the lack of space. Part of the problem, I realized, was that the seats themselves were smaller than I was used to. But really, could I blame people for building a bus with seats that work perfectly well for the people that typically use it, just because I am built along larger lines than the general populace? And it certainly wasn’t right for me to bitch about having a seat when many others who had paid the same fare were packed in so tightly on their feet.

I remembered thinking as the bus left the station, “Why did they cram so many people on this bus?” Somehow that was a complaint more than an actual question. I now took an honest crack at trying to answer it and when I did something amazing happened. I had been feeling put upon, as though others had been inconsiderate to create such a crowded scene. Then it dawned on me how considerate it was to be so practical when it comes to transportation, knowing that there were lots of people who needed to get back to the city and only so many buses going. It was a means to accommodate the needs of as many people as they could even if that meant people were a little uncomfortable (because isn’t a little discomfort on the journey better than not arriving at your destination?). Suddenly I was feeling respectful, even admiring, of this aspect of Chinese culture.

OK, I had an accurate picture of both my feelings and their sources. Now I needed to do something about it.

I dug through my bag for earbuds and cranked up Enya, which was robust enough to block the sounds around me but soothing enough to dissipate some of my tension. I put my arm around my daughter, moving closer to her, and put my bag between myself and the people standing in the aisle. I cracked the window so there was a bit of a breeze and fixed a makeshift fan from some scrap paper. We took turns fanning ourselves, and I even found myself fanning the gentleman standing next to me in the aisle, a genuine gesture of friendliness and comradery that was a complete about-face from my earlier feelings of near hatred for him.

In this instance, reframing was quite successful for me, not only in preventing me from behaving offensively but also in improving my own physical and emotional well-being in unfamiliar circumstances. However, overwhelmed with all those negative feelings, I doubt I would have had the resources or motivation to accomplish this reframing if my daughter had not been there. I was well and truly past the point where I cared what strangers thought about me, but I was not so upset that I no longer cared what she would be learning from me. My role as a parent trumped everything else in that situation and made it possible for me to take control of my reactions and analyze them in the moment, figuring out what I needed to do to make myself feel better without being completely inappropriate in this foreign culture.

This story has implications for a lot of situations that you might find yourself in while crossing cultures.

When you are in a position of leadership, whether as a parent, a manager, a representative of your organization, nation, race, religion, etc., or any role in which people consider you a model for behavior, you can channel that sense of responsibility you have as a leader into the motivation to develop your own intercultural competency. It may be enough to give you the strength you need to take those moments of discomfort or conflict in unfamiliar territory and handle them with more strength and wisdom.

Kris´s story highlights extreme emotions we all have felt when edged a bit too far out of our comfort zone. Her ability to quickly shift into a leadership position, despite her discomfort, is a strong testament to her intercultural competencies. You can do this too.

Snap Out of Culture Shock

Kris says, “When it comes to navigating a new culture, the burden of leadership might just be your greatest gift.” Accepting that gift promises to help you bounce back quicker from culture shock, maneuver more appropriately in unfamiliar cultural contexts, as well as enjoy the adventure that much more.

Now it is your turn: Tell me in the comments section below about a time when you almost lost it. Share with us how you handled it. What did you do well? With the wisdom of hindsight, what do you wish you would have done differently?

I can´t wait to hear your stories!

GET THE PURPOSE PACK BY SUNDAE BEAN

Receive free access to Sundae Bean's top three podcasts on finding your purpose and step-by-step BONUS guides to help you live a life full of more purpose and meaning. 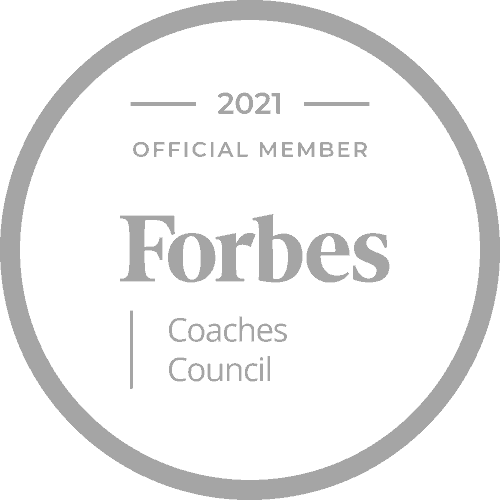