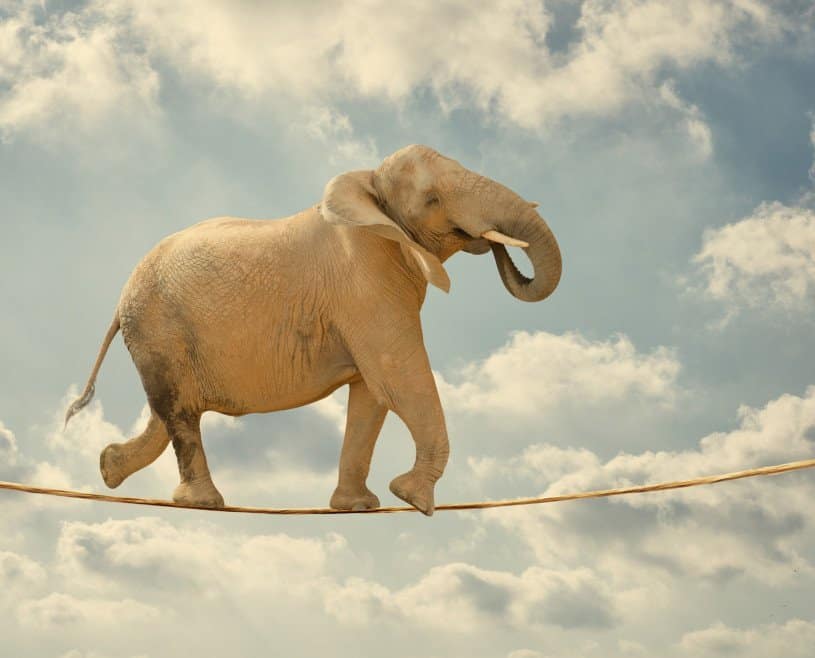 4 Important Steps Every Leader Should Take

In Senegal I met a Marabout (a Muslim religious teacher) and he just had his fifteenth child. One of his older children was very sick. He only had 10,000 CFA left (the equivalent of 20 USD). But he didn´t spend it on his sick child. Instead, he spent it to go into town to meet his family to share the news about his newborn baby.

And it makes perfect sense.

Welcome to the second contribution of the two-part series on real-life leaders. I want you to get a taste of the real-life complexity that is possible when working and leading in an intercultural context. The vignettes from my in-depth interview below will cast a much brighter light on what intercultural leaders face than what you might read in an MBA text book.

Meet Nicolette van Duursen, our second contributor to the real-life leader series. Nicolette has more than 15 years of experience in development in Africa and Asia. From India to Angola, Rwanda to Sierra Leone, Zimbabwe to Burkina Faso, Nicolette has addressed critical issues including sexual reproductive health and rights; HIV, health and livelihoods; as well as gender and equality. Currently Nicolette is the Country Director for Marie Stopes International in Burkina Faso.

During an in-depth interview with Nicolette spanning her years of rich experience, I was able to tease out four critical lessons that every leader should consider – regardless of whether they are leading abroad or at home. I passionately remind you that knowing is not the same as doing. Make a commitment to practicing these principles and you are on your way to living well, succeeding across cultures and keeping your sense of adventure.

1. Find out why people do what they do.

In other words: Don´t judge. Nicolette´s belief that, “Everyone has a reason for what they do, but they just might not know it” is likely influenced by her background in anthropology. Nicolette remains curious about discovering what makes sense to others based on their values. Here is an example she shared:

In Senegal I met this Marabout (a Muslim religious teacher) and he just had his fifteenth child. One of his older children was very sick. He only had 10,000 CFA left (the equivalent of 20 USD). But he didn´t spend it on his sick child. Instead, he spent it to go into town to meet his family to share the news about his newborn baby.

And it makes perfect sense.

What that did, by informing his family and friends about the new-born, was bring in new sugar, money, and all of the presents that come with the birth of a new child.

So that would sustain his whole family.

If we take a step back and say “No, that is ridiculous. He has a sick child! He should spend it on the child!” we judge him.

The choices that people have are often based on their environment and social capital. Factors essential to one´s livelihood, are in danger of being ignored.

We judge them based on our standpoint, not based on where they are.

This illustrates how, sometimes, when we unknowingly look at a situation through our perspective – we might miss something really important.

2. Engage in their culture to make positive change.

Nicolette warns that ignoring the realities of what is operating in the local context can severely limit how effective we are in doing what we set out to do.

When I was working in Angola, it was the case that 80% of the decisions were based on witchcraft. As leaders, we have a choice. We can ignore it and say, “No it doesn’t exist.” And you see this happening in many NGO reports, where witchcraft and its influence are not even mentioned.

But in that context witchcraft is the main decision maker and understanding that makes you able to target the key areas to create change.

So you have to engage in their reality if you really want to work with people to change their lives within that structure.

Nicolette emphasizes that when you work within the starting structure (or local frame of reference) you are much better positioned to make a positive impact in people´s lives.

It is imperative for leaders to see things from a local perspective before introducing outside “foreign” ideas.

Imagine if you were a woman, like Nicolette, moving to another continent for a leadership role. You look up some “need to know” cultural differences. Based on this you expect perceived status differences between men and women to cause some friction for you. This is what Nicolette had to say about her expecting “trouble” with her African counterparts when she first started working on the continent.

I actually had more trouble being in a development environment with Western men – not African. In one of my former jobs, all of the country directors were white men from Australia, Southern Africa, Europe or the United States. They would be standing in a group, drinking their beers at a networking event. I would be the new one coming to the group to do business. Inevitably, the first comment that would come at me would have something to do with me being a woman, or my legs. I would say, “Really, guys? Aren’t we over this?” When I mentioned this reality to my senior managers at that time, they didn’t realize it was happening. The top leadership had no idea.

In August, the Ebola crisis was at our doorstep at Burkina Faso. I had to monitor the situation so closely because I had 88 people out there in the field. These are healthcare workers – so if anyone would be at risk, it would be them. We had to quickly act to prepare them.

At the same time, I had my closest friends calling me with panic in their voices asking me for advice on what they should do. These friends were fathers and mothers of small children, or fellow leaders responsible for hundreds of lives. Everyone was rattled by the thought of being caught in the middle of the Ebola crisis.

During the same time, the Air Algiers plane went down and many people, expatriates and Burkinabe, including my colleagues, lost either sons, daughters or whole families.

This was a very intense and sad period.

When you see things from this perspective, it is no surprise that Nicolette suggests that any expatriate or leader finding themselves in a complex situation to make self-care a high priority.

Here is what Nicolette advises:

Have a transition ritual to leave work behind and “arrive” at home. No matter where you are, make sure you have your personal basic comforts. For me it is having my favorite pillow, some cozy lights and cooking knife. For others it might be music, a drink or specific routine.

Regardless of what you chose, be uncompromising when making time for yourself. Everyone wins. Your work colleagues. Your family. Your friends.

Real-life (intercultural) leadership is inherently a balancing act. Teetering and tottering through multiple perspectives and approaches while still taking steps toward what you have set out to achieve. Use this checklist to stay centered.

Join me below in the comments section and share a real-life example of what can go wrong at work when we fail to recognize our cultural assumptions.

I can´t wait to hear from you!