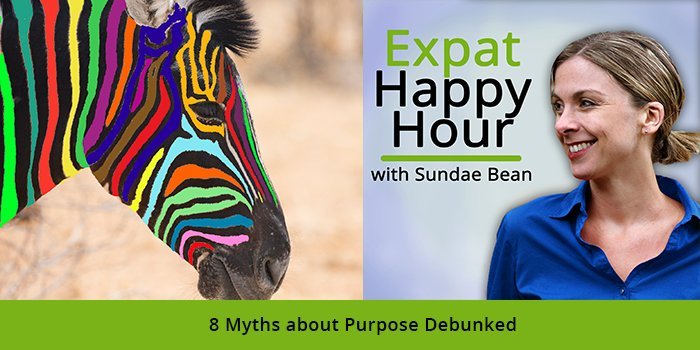 When I was a little girl I would lay in bed at night and try to catch my stuffed animals dancing.

Apparently, I was not the only one who believed this because, you know, Toy Story.

As adults we can giggle about the things we believed as kids. We can also benefit from a healthy dose of fresh perspective after we grow up. There is so much “junk” that we pick up along the way – from television, from that one uncle, from that work colleague in the office around the corner, from the voice of doubt inside ourselves. And many of these beliefs do NOT serve us.

This week´s episode of Expat Happy Hour, 8 Myths about Purpose Debunked, exposes eight core beliefs that we have about purpose that actually stop us from ever finding it.

Listen and you will:

This is the fourth episode in a series dedicated to purpose. Next month we will look at the fourth and final area of expat quicksand: Direction.

Make sure you listen all the way to the end of this week’s episode because I share some special “insider information” just for you.

Get started by listening here now.

Here´s to life on purpose.

p.s. If you want to a sneak peek at what is opening in 48-hours, head on over here.